A Game of Games

You win or you lose.

Last weekend a terrible thing happened – a friend of mine married someone who does not like Race for the Galaxy. I refer here to the wedding of two friends of mine, and in case they read this and are offended I should mention that I don’t really consider them getting married to be a terrible thing! I am quite tolerant in general and I do think that, if sufficiently compensated for by other good qualities, not liking Race for the Galaxy is not a completely irredeemable character flaw. The groom, a keen player of X-wing, once tried to play a game of it with me, my wife and another friend of ours on his living room floor. He still refers to this incident as “The great X-wing disaster.”

He started off by trying to explain the rules to us, but while he was answering one of my questions our friend sat on an A-wing and crushed it. This was not the best of starts but he persevered bravely, and we eventually began the game. Unfortunately it seemed that we had completely failed to understand how movement worked, and after more painstaking explanation we went back and started the first turn again. This time we got it more or less right, and my wife picked up one of her ships and advanced it towards the centre of the floor, putting it down with such confidence that she broke it off its stand. Our other friend, keen to make the point that he was no longer the only person to have broken a ship, came over to inspect the damage and tut at my wife. As he stepped forward there was a small crunching sound – and a pained sigh from the groom-to-be, as he witnessed the last moments of a much-loved E-wing.

The groom-to-be did eventually win that game, and thanks to great care on his part there were no further casualties, but in doing so he proved a very important point about boardgaming: sometimes you win and you lose.

Of course, a more common reason for being unhappy with a game even while winning is that you didn’t really want to play that game in the first place. Sometimes the game selection process doesn’t go your way, or your opponents turn out to be slower than you thought was humanly possible, and you find yourself stuck in a long and painful game that you would willingly concede if only it meant you could escape a little sooner.

One game that often seems to end up like this is the Game of Thrones board game. Somehow however I can’t begrudge it in this case, if nothing else because it is so thematically perfect. If I were called upon to describe the Game of Thrones boardgame I would say that it was extremely long, painful and depressing, vastly unfair for the different participants and that most people end up dying horribly for no good reason. The only way I could see it being more true to its theme is if there were frequent gratuitous sex scenes that had absolutely no bearing on the plot. No doubt there will be some players who introduce house rules to address this oversight on the part of the designers.

“How about Russian Railroads?” (Ha, let’s see if I can railroad them into that.)

“Sorry, but I’m not really feeling like anything too heavy today. How about Zombie Dice?”

“Err… I’m not a massive fan of Zombie Dice.” (I think the only game I like less is Saboteur.)

“Well, I’m happy with anything light really.” (Except Saboteur.)

“Ok, why don’t we play Dominion, that’s a good compromise.”

“We were about to play Dominion.”

“Oh, I don’t really like Dominion.” (I’d take it over Saboteur, but I can aim a bit higher I think.)

“What about Port Royal?”

“It only goes to four players.”

“I ate a banana on the bus today, so I don’t want to play Seven Wonders tonight.”

“I’ll play something else.” (I don’t like Seven Wonders, or Saboteur.)

“Well, I don’t really want to play it, but maybe Saboteur would be something you guys might like…”

“I suppose I could play Saboteur, if that’s all we can agree on.”

This table ain’t big enough for the two of us…

How then do we gain an advantage over our competitors in this situation? How do we ensure that the game we want gets played, and for that matter that we are able to assume control of the table where the fight took place and send any splinter groups elsewhere? Here are a few tips based on my observations:

In fact, in my opinion there is a considerable amount of strategy and psychology involved in the process of promoting your favoured game. All the key ingredients of a boardgame are here if you look hard enough, and perhaps someone could even design a game themed around the classic boardgame selection argument – although I suppose one potential downside is that players might accuse each other of metagaming.

Let us suppose – hypothetically speaking – that we actually cared about the wishes of the other players and didn’t want to ruthlessly exploit the techniques discussed above to get our way regardless. Consider for a moment the theoretical scenario in which we wanted to respect each other’s desires and reach some kind of reasonable compromise*. How would we go about enacting this peculiar idea?

This is actually quite a difficult question, and not one to which I have a particularly good answer, but I will do my best. Firstly, remember that you need opponents to play, so unless you want to spend the rest of your life playing only solo games you are going to have to compromise to some degree. Secondly, variety is the spice of life (the brown one from Century Spice Road, not one of the rubbish low-value ones), and even if you prefer one kind of game it will do you good to play different kinds from time to time. You will probably find that you enjoy your favourite game more if you intersperse it with others. Finally, if you are at a club or larger gathering of gamers and find that people are having difficulty agreeing on what to play, then remember that you can always twerk the members of the various groups until each one can agree on a game that all players are happy with. I generally find that, after a couple of minutes of this, everyone who remains in my group shares my opinions on nearly everything.

* For fans of “Austerity Castles” I can also recommend the extra-thrilling Game of Thrones variant: “A reasonable and non-violent compromise relating to the leadership and governance of the kingdom.”

Providing a Welcoming Atmosphere
Bonus Actions
Clash Royale
How long is it?
Tags: A Game of ThronesCommunityKing of TokyoRace for the GalaxyTerra MysticaWar of the RingX-Wing 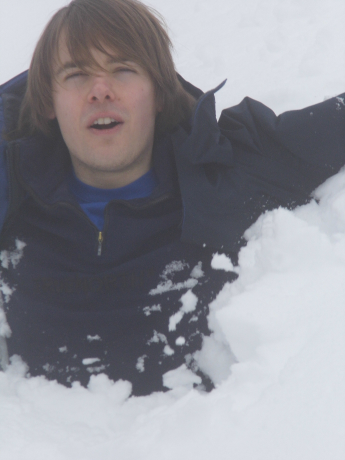 I am the law! | Maven Games