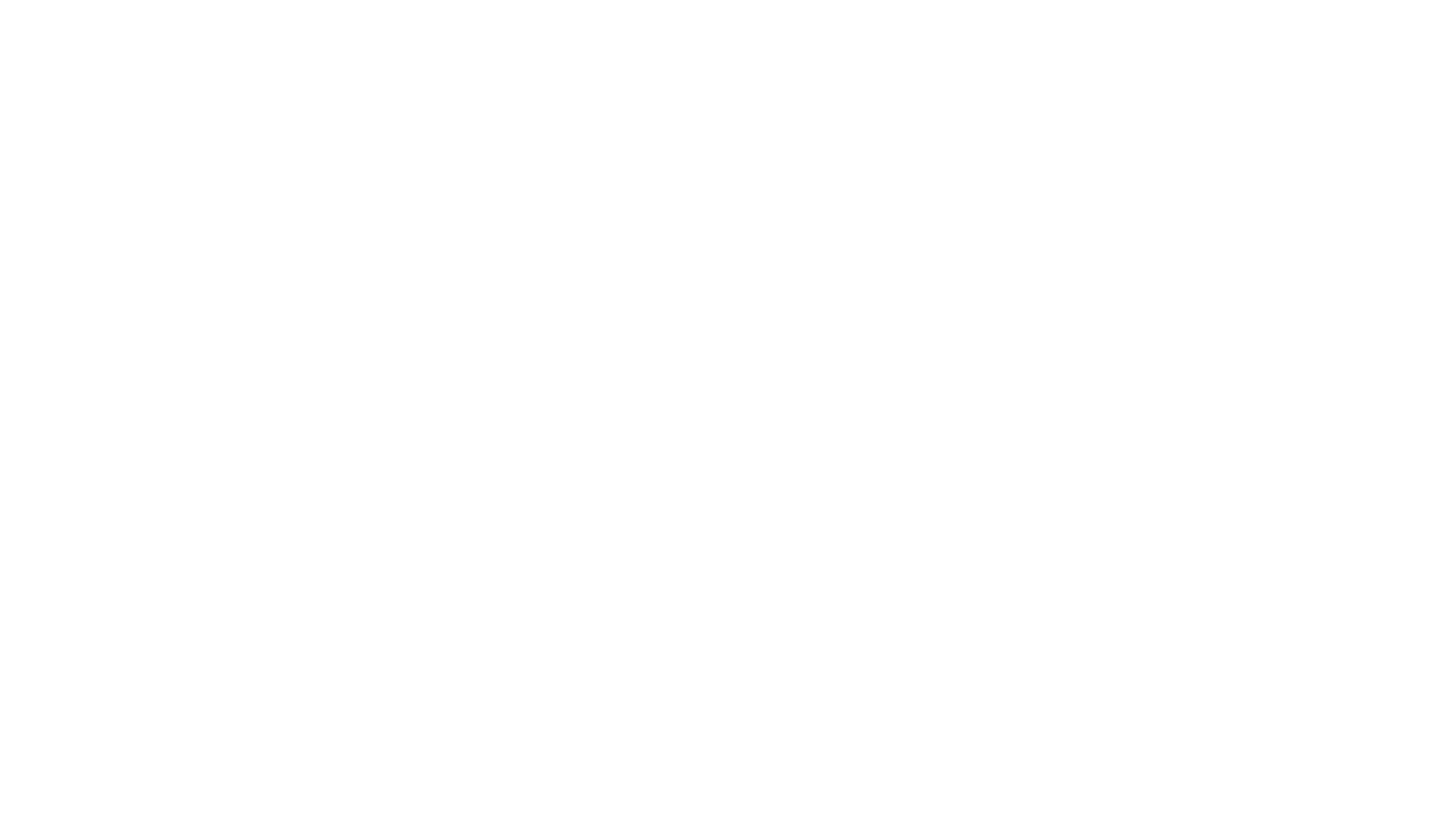 Mike Selinker is an old hat in the boardgaming industry.  He has worked at Wizards of the Coast and Avalon Hill, and has founded his own publishing company: Lone Shark Games.  Of course, he has also designed a fair few games, some of which we’ll be looking at in detail today.

Strictly speaking, he is more of a developer of boardgames than a designer.  Although he has designed games by himself, he frequently takes other people’s games and works with them to refine them and bring them to market.

He has had a major effect on the industry over the years.  Today we take a look at the key games that he has been involved with. 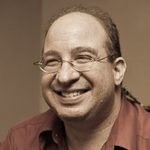 Pirates of the Spanish Main with James Ernest, Michael Mulvihill (2004)

2004 Origins Gamers’ Choice Award (Betrayal at House on the Hill)

One of the primary philosophies of Mike Selinker is that game design is best done with others.  He has worked with an enormous number of other designers and publishers over the years.  The three games I’ve chosen are his highest ranked games on BoardGameGeek and involve nine other designers(!), which seems fitting.

Pathfinder is a very popular fantasy RPG, like Dungeons & Dragons.  The Adventure Card Game attempts to distil the full RPG experience down into a relatively small card game.  I say small, but there are actually hundreds of cards.  However, the game itself is fairly simple and the footprint on the table is small.

Like the RPG, players choose a character from the Pathfinder universe, with a bunch of stats (eg. strength, dexterity, wisdom, etc.) and go off on an adventure.  Each scenario involves working your way through location decks attempting to find a boss, who must be defeated in order to win.

Each location deck is made by randomly selecting a specified number of monsters, weapons, spells, etc. and shuffling them all together.  Each turn, your character flips over a card from one of the location decks and either has a fight (if it’s a monster) or attempts to acquire the card (if it’s a weapon, etc.).

Each player has their own deck of cards, with spells or weapons in, and you draw a hand of cards that you use to overcome obstacles.  However, the interesting thing is that your deck of cards also represents your life.  If your deck runs out, you die!

Fighting, or attempting to acquire loot, is all done by making tests, like most RPGs.  You roll a dice, adding any bonuses you may get from weapons or stats and try to beat the target number.  You can use cards from your hand to help improve the odds, but you have be careful because each card you use is potentially reducing your life.

If you complete a scenario, you get to increase your character’s stats slightly, providing a limited sense of levelling up.  The game also has loads of expansion packs that add extra scenarios and extra cards to be added to the various decks of monsters, weapons, spells, etc.  The nice thing about the expansions is that it gradually increases the difficulty of the game.  The cards being added are typically harder to defeat or acquire than the ones from the base set.

I’ve played the game quite a lot with my son and I enjoy it.  It’s probably a bit too simple and repetitive for me to want to play it too much though.  Most games involve plodding through card after card from the various locations and luck can play quite a large factor.

Having said that, the hand/life management is really tricky and makes you think carefully about every card you choose to use.  It’s an interesting implementation of an RPG experience and certainly provides that – if in a rather simplistic way.

Betrayal at House on the Hill

The idea of Betrayal at House on the Hill is great.  Each player takes a character and you spend the first half of the game exploring a spooky mansion.  At some point, a ‘haunt’ is triggered and one character will be revealed as a traitor (which is as much a surprise to the traitor as it is to everyone else).

The good guys then have to escape, while the traitor attempts to accomplish some evil scheme (which usually involves killing the good guys).  Monsters typically start spawning out of every cupboard at the same time and also try to kill the good guys before they leave.

It sounds like a really fun experience, and it certainly can be.  However, the implementation frequently leaves something to be desired.  The first half is rather aimless.  You explore the mansion, revealing tiles and drawing cards from various decks depending on which tile is flipped over.

These might give you cool items, or require you to roll dice based on your stats or move you one step closer to the haunt.  It’s very random though.  You go somewhere and just see what happens.  There aren’t really any decisions to be made other than ‘Left?’ or ‘Right?’.

It’s scenario based, which again, ought to be great.  Depending on who triggers the haunt and which room they’re in, you look up the result in the scenario book and any one of dozens of potential scenarios are triggered.  The traitor then gets their own secret text to look at with an objective and extra actions to help them achieve their aim.

The problem is, the scenario rules are anything but clear.  It frequently leads to disagreements about how something works and occasionally, the entire game can just grind to a halt, with no one knowing what they should be doing because the rules don’t seem to account for the situation they’re in.

The other issue is that, because there are so many different scenarios, each with their own rules and monsters, it can be very fiddly.  There are loads of monster tokens – finding the correct ones from the box is a faff.

That also causes the game to slow down horribly when the haunt is revealed.  There you are merrily exploring rooms and everything is running smoothly when suddenly everything stops and you have to spend 10 minutes finding tokens, reading rules and working out what in the world is going on.  It’s like learning a new game from the rulebook each time.  That can be painful even when the rulebook is good, which this one isn’t.

They released a second edition a few years ago, which was a great opportunity to fix many of these issues, but unfortunately, they didn’t seem to address any of them.  It’s a shame because the basic idea holds so much promise.  If you want the spooky mansion adventure experience, I’d recommend you try Mansions of Madness 2nd Ed.  That’s the game that Betrayal at House on the Hill always wanted to be.

I saw Lords of Vegas being played in my gaming group just last night.  In contrast to the previous two games, it is an economic, brain-burner of a game with a surprising amount of luck involved compared with other games from this genre.  However, it is not the random kind of luck, it’s the calculate probabilities and hedge your bets kind of luck.

Lords of Vegas has players acquiring lots of land around Vegas and then building casinos on them.  As the game continues, more and more lots become available and casinos start to merge with each other to create bigger and bigger casinos.

Each lot has a certain value from 1 to 6 and when a casino is built, a die is placed on it with the appropriate number showing.  Each turn, different casinos will pay out to people who own dice in that casino, but crucially, only the player with the highest numbered die in the casino (the ‘boss’) will earn any victory points.

Luck comes into play in a few key ways.  Firstly, if you’re short of cash, you can go to someone else’s casino to gamble!  You make a bet, roll a die and potentially win cash.  If you lose though, you’re paying the owner of the casino money!

Secondly, the lots that appear every turn are colour coded and there’s a fixed number of each colour.  So if loads of purple lots have already come out, it’s unlikely that many more will.  Casinos all have to be the same colour and one interesting action allows you to ‘rebrand’ your casino and change its colour.  It can be expensive, but if you time it well, it be very beneficial.

Thirdly, and best of all, you can pay to reroll all the dice in a casino.  You may only have a couple of 1s in there next to a 5 and a 6 from other players, but if you reroll all those dice, you have a decent chance of coming out on top and suddenly being the boss!

There are lots of interesting strategic decisions to be made, and it uses dice (and luck) in unusual ways.  It would certainly be my favourite Mike Selinker game.  The only thing I’m not so keen on is the trading aspect.  You can trade pretty much anything in Lords of Vegas with anyone else.  I actually think it’s a good idea, but I’m just so bad at striking bargains with people!  I always seem to lose out!

Mike Selinker might not be my favourite kind of designer, but I can’t argue with the contribution he has made to the gaming hobby.  Betrayal at House on the Hill is one of those games that you will find in mainstream shops alongside Monopoly and Catan, which is quite a feat in itself.

He clearly enjoys a good adventure and many of his games are innovative.  I’m always keen to try a game of his that I haven’t played before as I’m very likely to experience something new.  In a hobby where we see the same mechanisms being used over and over again, he can provide a refreshing dash of originality.

Which Mike Selinker games stand out for you?