We started a new series on the Boardgame Opinions channel last week called House Rules.  The idea behind it is that contestants are trying to figure out the rules to a game just by looking at the components.  Supposedly they’ve “lost” the rulebook and just have to take an educated guess as to how to play.

Afterwards, someone who has played the game properly and knows the rules comes on and lets them know how they did: what they got right and what they got completely wrong!  It was a fascinating experiment.  How well do you think you would do on House Rules?

To kick us off, Steve and Mark were in the hotseat for a game I had backed on Kickstarter: Champions of Hara.  I had played and knew the rules so I set the game up for them and then walked off and left them to it.

They had a few minutes off-camera to look over the components before we turned the cameras on and they discussed how they thought it was played.  I won’t go over any of the rules here so as not to spoil it for you, but they did much better than I was expecting!

One thing that really stood out watching it, was the importance of iconography and graphic design.  Many modern Euros are language independent these days: it saves money printing components in multiple languages.  All you need is a rulebook in your language and you’re good to go.

These games often rely heavily on iconography and some games do a much better job of it than others!  Champions of Hara isn’t a Euro, but there was a reasonable amount of iconography and you realise just how important it is when trying to understand how to play – particularly if you don’t have the rules!

The other thing that struck me was the number of unwritten conventions that exist in the boardgaming world.  Hearts represent health, skulls represent damage, rewards from cards typically appear at the bottom or right, arrows usually indicate a requirement to be paid to obtain something else. 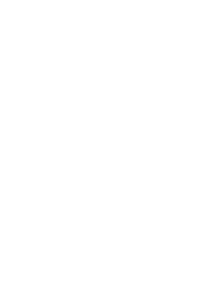 Much of it seems instinctive if you’ve played lots of boardgames, but I can imagine placing a modern boardgame in front of inexperienced contestants would be much more challenging.  It’s hard to interpret a sea of icons and numbers without some context to put things in.

Linked with this is the genre of the game and how this affects likely playstyle.  Euros are nearly always about getting points, whereas adventure games tend to be co-operative and involve killing monsters to get treasure.

Obviously games break these molds, but it can be harder than you think to escape the clichés sometimes.  Usually the games that stand out are the ones that do exactly that though.  When we did our Top 5 Turn-Offs earlier this year, dungeon crawls were pretty high on my list.  Not because I don’t like them – some of my favourite games are dungeon crawls – but there are just so many of them now.

I’m in the hotseat next episode as Mark and I try to guess the rules to Gingerbread House by Phil Walker-Harding (of Bärenpark fame).  I’m a big fan of his, so I’m really hoping it’s good!  Steve has played it so he will be judging.

Do you think not being able to guess the rules of a game is a good sign (it represents ingenuity)?  Or do you think good design and iconography should always make it clear how it works?

I loved seeing you work out how to play Gingerbread House. It’s amazing how much you could infer from so little.